Obviously, some people will argue against that. I’ve heard all of the objections and the arguments for why elective abortions should be allowed. The problem is that none of those arguments work logically. At least, they don’t work unless we, as a nation, are willing to say it’s OK to kill children—for any reason, and really regardless of whether they are inside or outside the womb.

1. Each woman gets to choose what she does with her own body.

There are at least two problems with this. First, and most importantly, we’re not talking about her body; we’re talking about the body of her child. As we’ve seen, that’s very clearly a different body, with its own DNA, blood type, and functioning organs.

The other problem is that both women and men have always had restrictions on what they can legally do with their bodies. You can’t legally use your body to do drugs, drive while drunk, engage in prostitution, attack someone, commit robbery, set fire to someone’s house, run a red light, sell tobacco to minors, abuse animals—the list goes on and on. So although it might sound persuasive, it’s not a true statement.

2. If someone is against abortion, they’re against women’s rights.

Actually, if you're for abortion you’re against women's rights. What women? Well, since over 50% of aborted children are girls, tens of millions of women have lost their most basic right to live. Regardless, killing an innocent person is not a “right”; it's a crime.

3. An abortion doesn’t kill a baby; it’s just a fetus.

Technically, you started out as a zygote. Then you became a blastocyst; an embryo; a fetus; a newborn; an infant; a toddler; a preschooler; a preadolescent; an adolescent; and then an adult. These are all just names for different time periods in a human’s life. The word “fetus” doesn’t make someone less human, any more than the terms “teenager” or “elderly” makes those people less human.

Plus, I didn’t say “baby”; I’ve only used the term “child” or “children” in these articles (go back and look), and the definition of “child” specifically does include the unborn. So abortion does kill children.

That’s simply not true, scientifically. Life begins at conception. Besides, if that were true, it would be totally OK to perform an abortion at full term, just a few seconds before birth. Except for location, there is no fundamental difference between a child who has just been born and a child who is inside the womb. Which is why some medical experts argue that “after-birth abortions” should be allowed. Logically, their argument makes perfect sense. So unless you think we should allow people to kill newborns, you shouldn’t be in favor of killing the not-yet-born.

5. People who are pro-life don’t really care about children, because they’re not willing to care for them after they’re born.

Actually, we are. It’s been stated before publicly and published online, but I’ll repeat it here: if anyone has an unwanted child, he or she can bring him or her to Watermark Community Church, 7540 LBJ Fwy, Dallas, TX 75251. We will find and provide a loving family home. No child is unwanted.

That doesn’t even make sense. Why would that be anyone’s goal? I have a wife and two daughters. I want women’s health care to be the best it can be. And, again, I work with a church that runs a free health care clinic open to anyone. But since abortion always results in the death of a child, I’m not sure I’d consider that “health care.”

7. If abortion is made illegal, people will get back-alley abortions.

A few will. Illegally. Just like a few people still murder, steal, and do other illegal things. The possibility that they’re going to do it anyway doesn’t make it right, or mean that murder and theft should be legal and available at special government-funded clinics.

8. Men shouldn’t be allowed to speak on the issue of abortion.

So I guess fathers now have zero rights, including the right of free speech? Every pregnancy since the beginning of time has required three people: a woman, a man, and a child. Otherwise, there’s no pregnancy. And you think two of the three have no say at all?

Regardless, most of the really, really passionately pro-life people I know are women. This isn’t a men-versus-women issue. Or if it is, it’s not in the way you probably think: the people who decided Roe v. Wade were all men. I guess that would mean their opinion doesn’t count either, does it?

One of the best explanations I’ve heard on this subject came from a woman, and I’ll just quote her here: “You can’t stand on the sidelines, especially now that you’ve seen these videos. These are babies that are being killed. Millions of them. And you need to use your voice to protect them. That’s what a man does. He protects children—his own children, and other children. That’s what it means to be a man.”

9. Abortion should be allowed if there’s something wrong with the child.

Now we’re getting into dangerous territory, where we start deciding whether someone else’s life is worth living. It’s the reason why a very high percentage of children with Down Syndrome are aborted, even though 99% of people with Down Syndrome say they are happy with their lives. Does somebody with a below-average IQ not deserve to live? If someone is missing a limb—or missing all their limbs—does that mean they wouldn’t choose to live? It’s simply not our decision to make. (See my friend Rick, and his son Noah, for some perspective.)

10. Without abortion, some of these children would grow up poor, unwanted, or unloved.

This just takes the previous argument, where we decide in advance if someone else’s life is worth living, and applies it in an even more extreme way. Are you saying that it’s better for a child to be dead than to be poor, or grow up with less-than-ideal parents?

Consider how many great people came out of difficult upbringings. You might have chosen to abort Martin Luther King, Albert Einstein, Oprah Winfrey, Allen Iverson, and many others. Nobody has a perfect childhood. Yet every adult I know would disagree quite strongly, and defend themselves vigorously, if you decided their life wasn’t worth living and tried to end it for them. Regardless, adoption is an option, so no one is being forced to raise a child they truly don’t care for.

11. What if abortion is necessary to save the mother’s life?

People always bring up the exceptions, and instead of letting them be exceptions, use them to argue for abortion in any circumstance. Yes, being pro-life means that there can be an exception if it’s needed to save the life of the mother.

However, besides being very rare, these cases aren’t even really what we talk about when we talk about abortion. In the case of an ectopic pregnancy, when the embryo is growing outside the uterus and there is zero chance of the child surviving, of course it makes sense to save the life of the mother. But that’s a different type of procedure, and isn’t even referred to as an abortion, except by some pro-abortion advocates.

The other way a mother’s life could be seriously at risk is if she is diagnosed with an aggressive form of cancer while pregnant. Treatment would kill the child, but if the mother would not survive without immediate treatment, that is called a “medically necessary” abortion. Allowing medically necessary procedures does not mean you have to also allow medically unnecessary abortions.

12. What about abortion in the case of rape?

Rape is terrible. It’s a horrible, horrible wrong that happens far too often. However, only 1% of all abortions are the result of rape, and that’s according to the pro-abortion Guttmacher Institute.

If you’ve been raped, you know firsthand how awful it is to have something horrible happen to you when you have no say in the matter. What happened to you is not right. However, if it resulted in pregnancy, you have the opportunity to do something very powerful: to redeem it. No child deserves to die for someone else’s crime.

I met an adult woman recently who had just learned that she had been conceived in rape. Though that was obviously hard for her to hear, it was also obvious that she was using her life daily to help others. Much good came from her mother’s decision to not have an abortion.

If someone argues for abortion because of the possibility of pregnancy from rape, ask them if they would at least follow a law that prevents the other 99% of all abortions? If they’re not willing to support such a law, then they’re just using this objection dishonestly, as an excuse to allow abortion for any reason.

So far, I’ve intentionally left out any references to the Bible; these arguments against abortion are based solely on facts and logic. I’ve done that for a reason: to show that any thinking person, regardless of belief, should be opposed to abortion.

If you are a Christian, though, and somehow still consider yourself pro-choice, watch this podcast about what your professed faith does have to say about abortion. Abortion is wrong without exception.

If you have been part of an abortion, check out the end of last week’s post.

There’s one more argument that you don’t hear very often, even though it’s the most honest objection and is the main reason for most elective abortions. It’s this: “Better to take the child's life than to have them inconvenience yours.” Children can be unbelievably inconvenient, and pregnancy can be really embarrassing in certain situations. Some of the circumstances above, like having a child with special needs, can make it seem even more inconvenient.

Personally, I think all children are a blessing, but this might be a case where we have an honest difference in beliefs. So the question really comes down to this: does your inconvenience, however great, outweigh a child’s right to live? Is it justifiable to end someone else’s life, just so your lifestyle doesn’t have to change?

Sadly, right now our society’s official and legal answer to that question is “yes.” But that needs to change. And in a democracy like ours, it’s up to us to change it.

The Power of Being Faithful

Should Dr. Gosnell Be On Trial?

Why You Should Vote 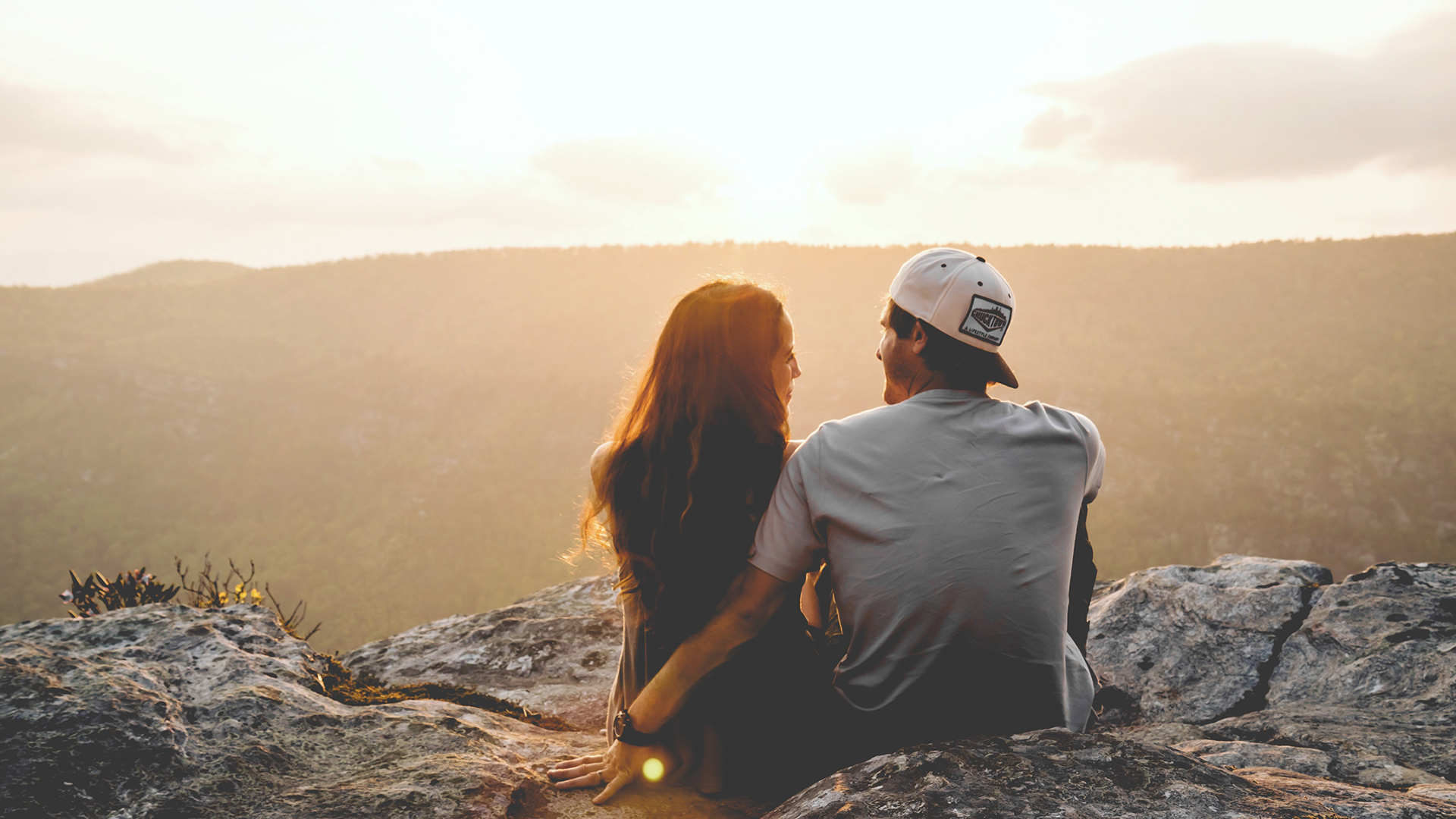 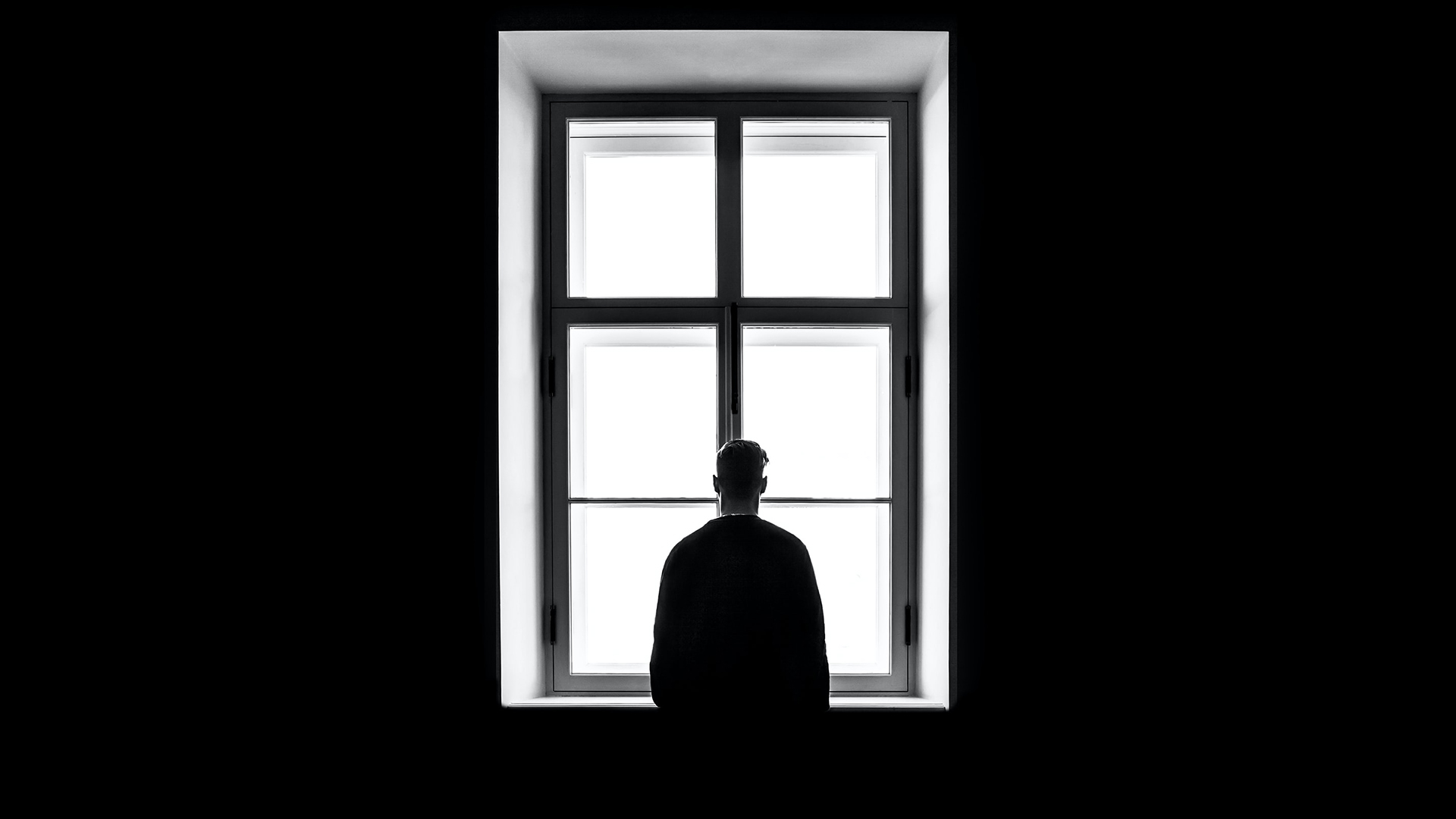 5 People in the Bible Who Struggled With Depression 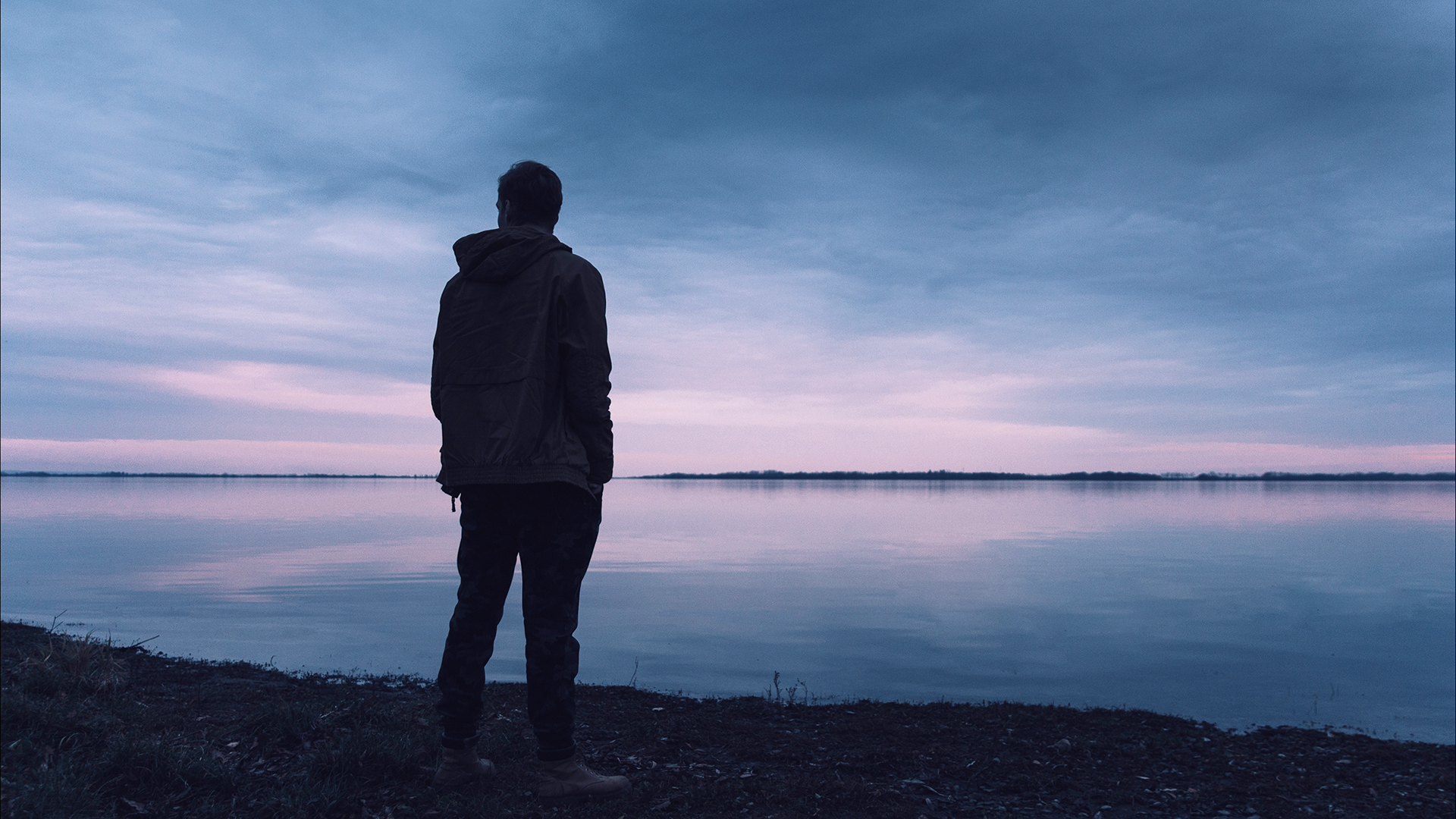 16 Verses for the Waiting 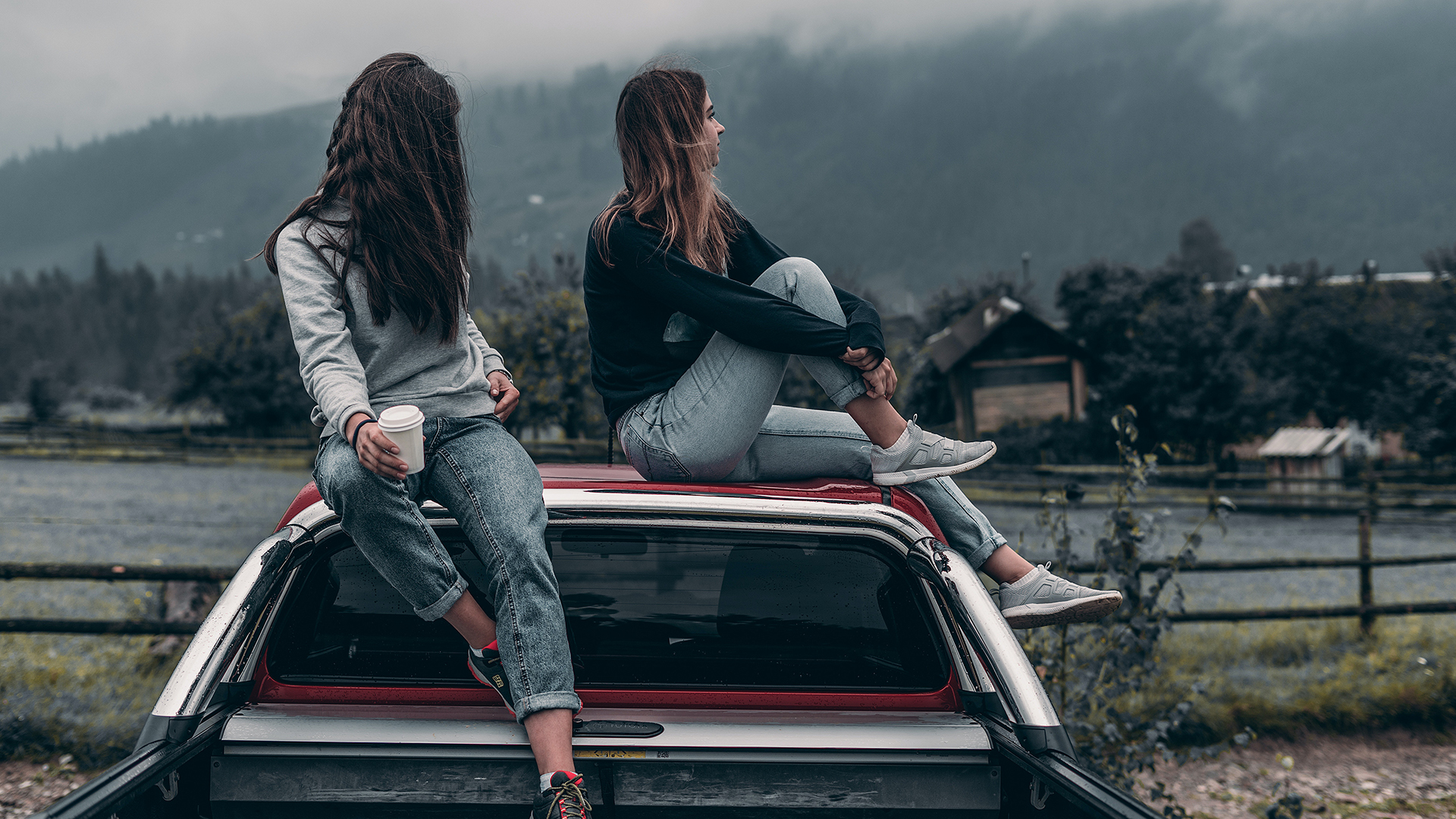 8 Ways to Thrive in Transitions