Every 4th of July, our country celebrates freedom and independence—independence from the king and country that once ruled over us.

Freedom has always been a core value in America. It’s the general idea that, as much as possible, we don’t tell people what to do. Of course, we do have laws—quite a large number of them, actually—with consequences for breaking any of them. But the country’s still considered mostly free.

Freedom is also at the core of Christianity. But, many people see it the opposite way. The popular non-Christian view of Christianity is that it is a long list of rules that you have to follow. Follow all the rules, and you’re “in.” In this view, God is seen as some kind of cosmic killjoy, intent on keeping you from doing anything fun.

Obviously, that’s not a very attractive message. It’s why a lot of people reject Christianity; they’d rather do what they want to do, when they want to do it. They want freedom from anyone telling them what to do.

But that’s not the message of Christianity. And, ironically, rebelling and doing whatever you feel like in the moment does not lead to freedom; it leads to bondage.

Not Following the Rules

To the Jews who had believed him, Jesus said, “If you hold to my teaching, you are really my disciples. Then you will know the truth, and the truth will set you free.”

They answered him, “We are Abraham’s descendants and have never been slaves of anyone. How can you say that we shall be set free?”

Jesus replied, “Very truly I tell you, everyone who sins is a slave to sin. Now a slave has no permanent place in the family, but a son belongs to it forever. So if the Son sets you free, you will be free indeed.”

Except for Christianity, every other religion I know of is performance-based. There’s a set of rules, and if you follow the rules, then maybe God (or whatever you believe in) will be happy, and things will go well for you. Jesus was a Jew, and the Jewish religion had over 600 rules and regulations to follow. Break any of them even one time, and there was some kind of punishment required: a payment to be made, a sacrifice given.

It didn’t work that well, because nobody could keep all of the laws—especially whenever Jesus clarified that even thoughts count (Matthew 5:21-22; Matthew 5:27-28).

Jesus said that He didn’t come to get rid of the laws; He came to fulfill them (Matthew 5:17). What does that mean? Well, He fulfilled them in that He was the only person to never break one of the rules, meaning He didn’t need to offer any sacrifices for payment. But He then truly fulfilled the law by becoming the sacrifice; He died to serve as the payment for your sins and mine.

Because of this, we don’t have to be perfect. We’re not made right with God by following each and every rule 100% of the time. We’re saved by what Jesus did, not by what we do or don’t do. We’re set free.

Freedom doesn’t mean that we can do absolutely anything without consequence, though. Remember, there are consequences if you break the law in our “free” country. And there are still earthly consequences to going against God’s law, even though you may have eternal forgiveness.

For example, the Bible says that it’s fine to drink alcohol. (That might surprise a few people, but check out 1 Timothy 5:23, as well as John 2:1-11). However, it draws the line at getting drunk (Ephesians 5:18; Galatians 5:21). Now, the reason it says to avoid drunkenness is not because God doesn’t want us to experience life. Quite the opposite (John 10:10). The reason to avoid drunkenness is because there is no life to be found there. Whatever “fun” you might have won’t even be remembered the next morning, while the poor decisions you make while drunk might haunt you for a long time.

The thing about ignoring God’s plan and purpose is that it eventually causes you to lose the freedom you so wanted. I have some friends who no longer have the freedom to drink any alcohol. They wanted the freedom to get drunk, and after pursuing that every day, became alcoholics. They lost the freedom to say “no” to alcohol, and it was only through re:generation (a Christ-centered 12-step program) that they were able to get that freedom back. But the addiction is strong, and they can’t chance having a glass of wine over dinner with friends.

Similar things can happen with pornography and sex outside of marriage, to name two that I’ve experienced myself. I wanted to be free to do what I wanted, but ended up in slavery to those things instead. It was only through Christ that I was able to find freedom.

The scroll of the prophet Isaiah was handed to him. Unrolling it, he found the place where it is written:

“The Spirit of the Lord is on me, because he has anointed me to proclaim good news to the poor. He has sent me to proclaim freedom for the prisoners and recovery of sight for the blind, to set the oppressed free, to proclaim the year of the Lord’s favor.”

Then he rolled up the scroll, gave it back to the attendant and sat down. The eyes of everyone in the synagogue were fastened on him. He began by saying to them, “Today this scripture is fulfilled in your hearing.” – Luke 4:17-20

That’s the very first sermon Jesus gave recorded in the book of Luke. It’s short and to the point. So short, in fact, that Jesus cut off His reading of Isaiah 61 mid-sentence. It’s worth noting that the next line, the one He stopped before reading, is:

“…and the day of vengeance of our God."

There will still be a day of vengeance. It’s just not what Jesus came for last time around. He came so that we could be free from that vengeance; a freedom we could not earn on our own. He offers that freedom as a free gift. If you choose to ignore it, because you think freedom and life lies in the temporary vices of this world—then the pleasures and pains of this world are the best you’re ever going to get.

– JP
(With help from Kevin McConaghy) 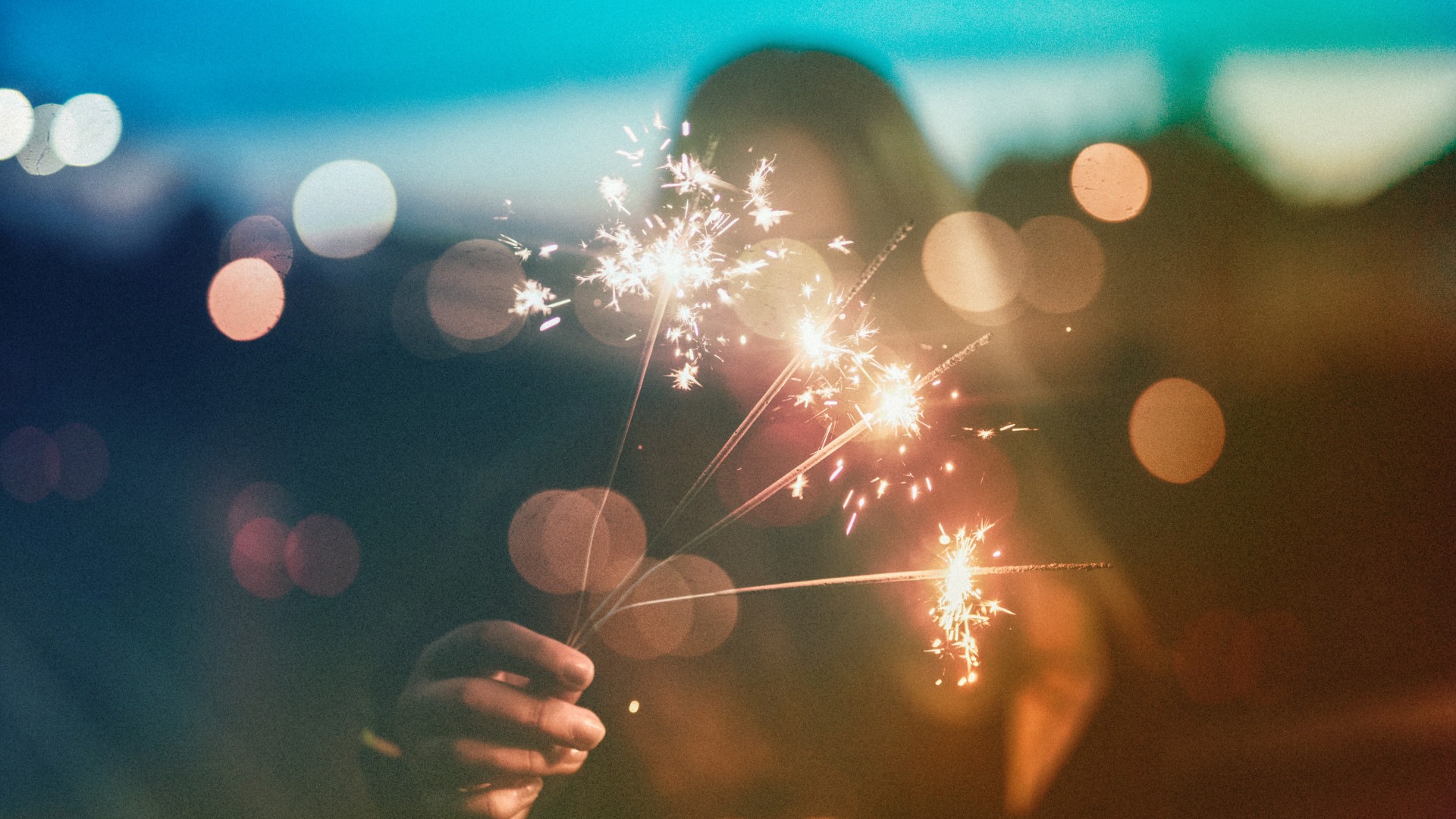 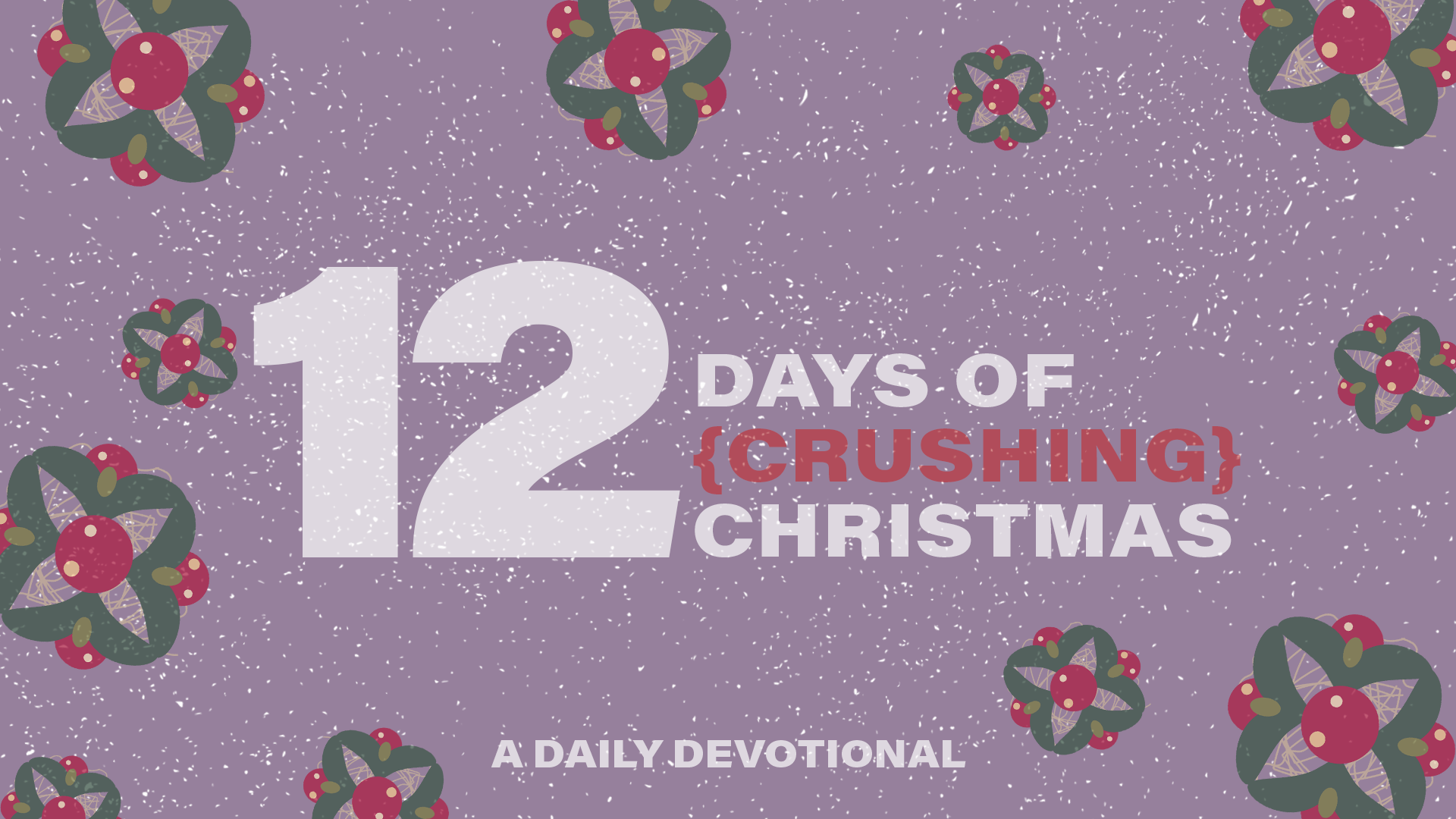 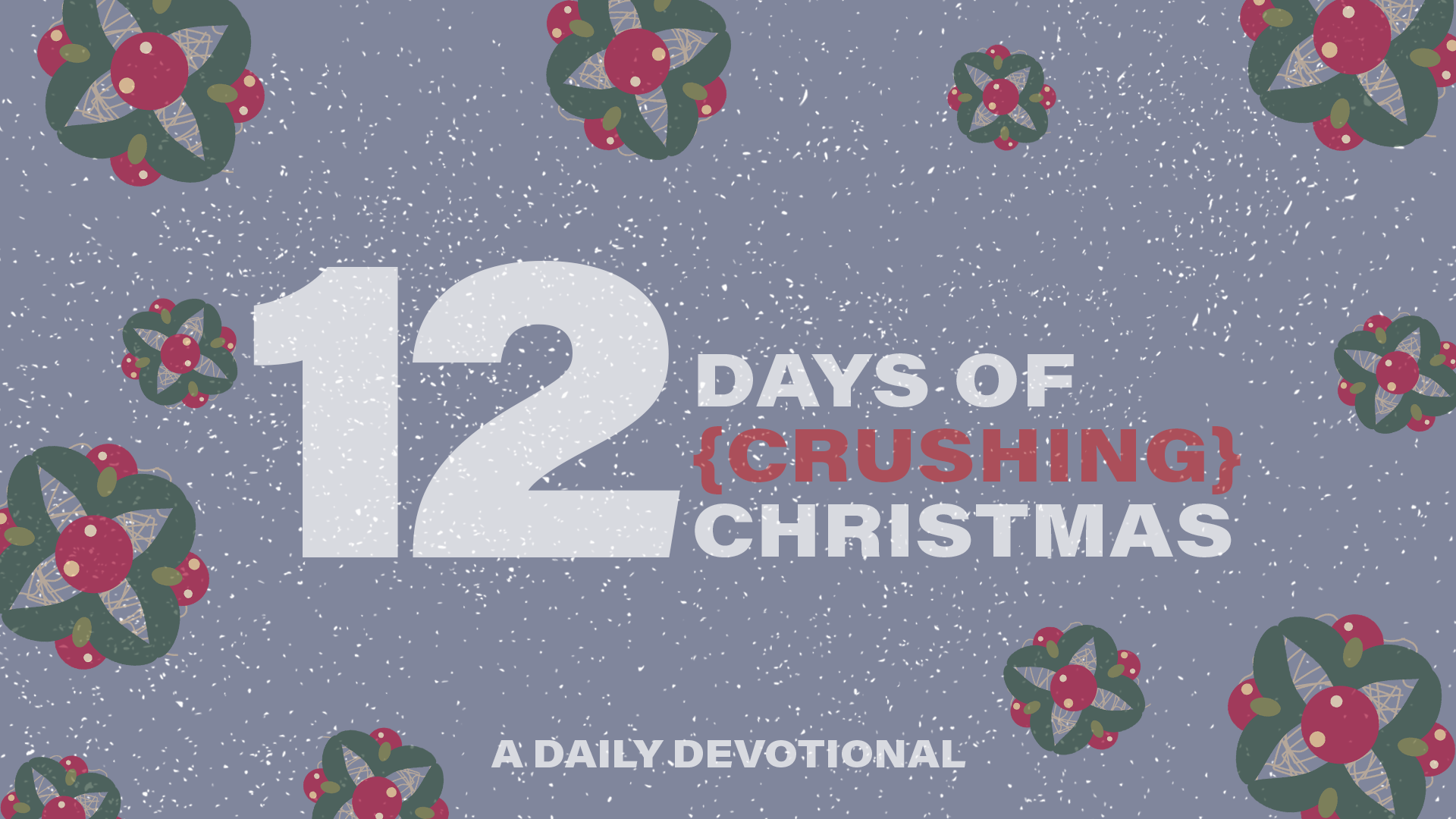 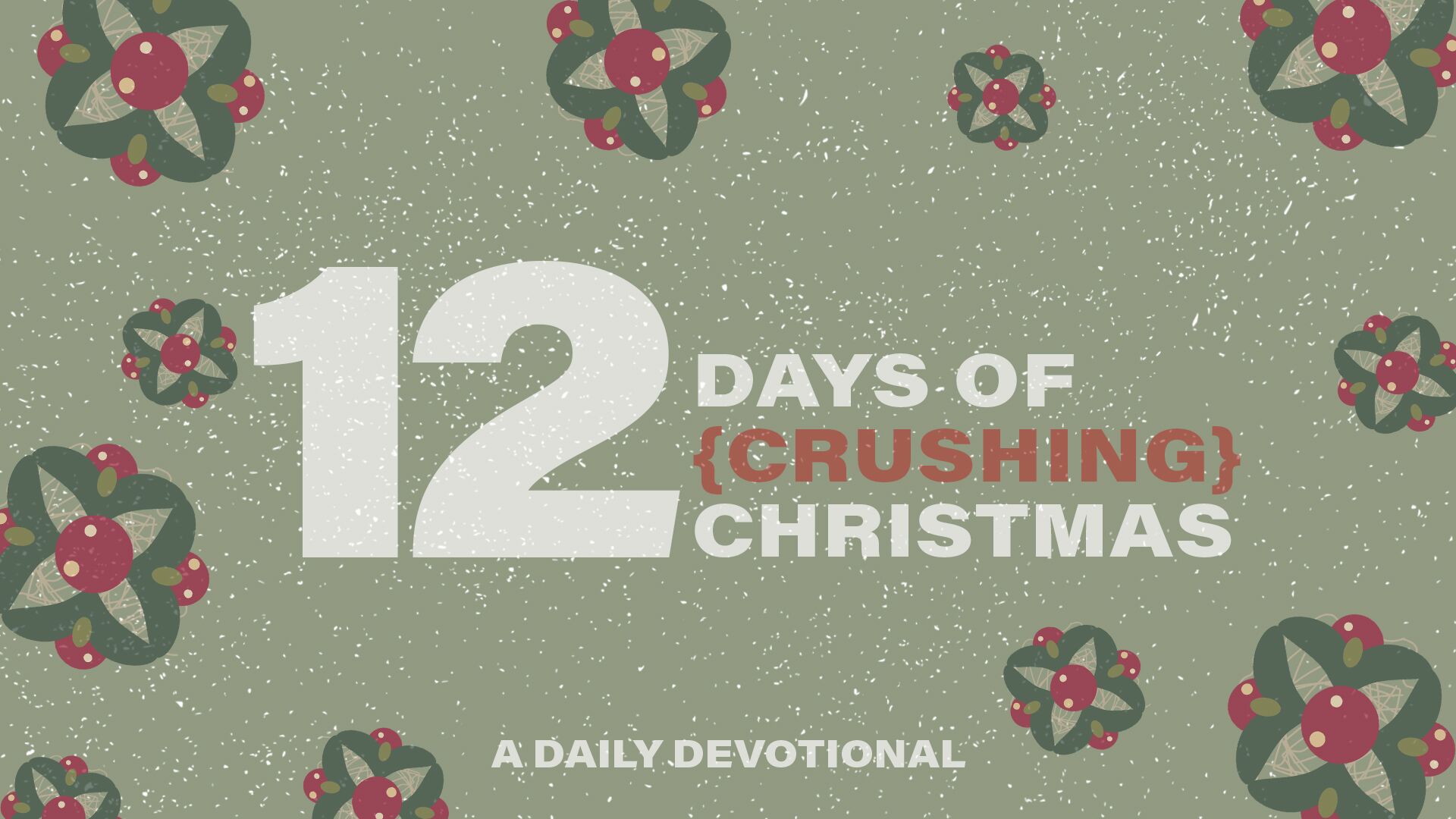